Buy the most beautiful bonsai's from us. Whether you choose a small bonsai or a slightly older bonsai, we have the best-grown varieties. And all of this with a 100% flower and growth guarantee. Our bonsai trees are also very suitable as gifts. Design your tree with real Japanese decorative ornaments and keep it healthy with a good bonsai diet. With simple, uncomplicated care, you can enjoy your bonsai for decades. 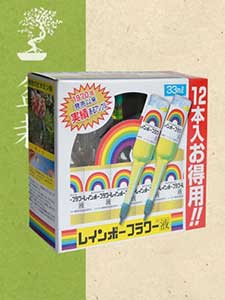 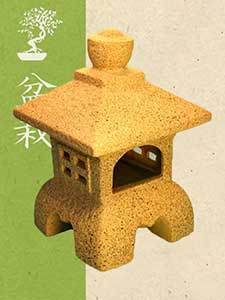 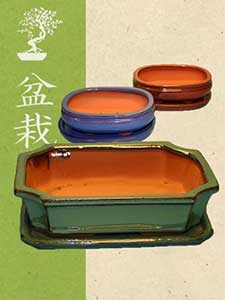 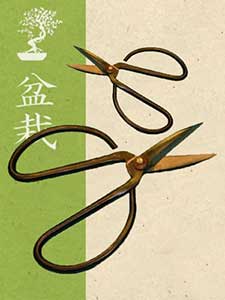 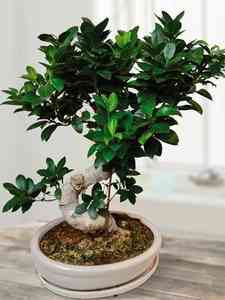 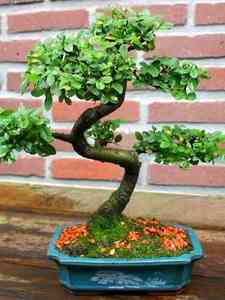 Bring the pleasure of growing Bonsai trees to the smallest spaces! We carry a large assortment of Bonsai and all the specialized tools, authentic japanes bonsai pots, soil and fertilizers needed to keep them in top condition for many years to come!

The ancient art of Bonsai brings the pleasure of growing trees to even the smallest of spaces. Given the correct care and using the right Bonsai tools it is possible to create an ancient looking mini tree over time.

How to care for your Bonsai tree

Make sure the roots are kept slightly moist but not soaking all the time. Submerge the pot in water once a week, the most important thing is not to let it dry out completely, when the top of the Soil looks dry, immerse the pot in water (just over the rim of the pot) until air bubbles cease, but do not over water. During warm weather water daily.

Feeding: early spring, place some pellets of organic fertiliser on top of the soil and press them in the surface gently, water well afterwards. Fertilise during April - August every two weeks with some liquid (solluble) bonsai fertiliser, there is no need to feed in winter.

You must prune your bonsai regularly trim away new shoots that are not functional to the shape of the tree, Thicker branches can be cut away with a concave Bonsai secateur, which is a special bonsai branch cutter, the shape of the cutting beak gives a nicer trim butt than with a regular secateur. Bigger old branches need to be cut away only if you need to do a drastic change in the looks of the tree.

You can allow some of the new shoots to form branches if you would like to change the shape of the tree. Your tree shouldn't need to be repotted for a couple of years. Repotting should take place in late winter or early spring about every two years when the buds are dormant, the roots are also dormant, the roots need to be trimmed when you are repotting the tree. When you are repotting your bonsai just use a slightly bigger bonsai planter and for best results use akadama as Soil. This fired clay has excellent properties as a Bonsai soil. The root system should be trimmed such that old thick roots are trimmed down so the plant can rest in it's planter again on a bed of finer roots

Place your hardy bonsai outdoors. It is best not to stand your bonsai in direct sun (if so water daily!), a partially shaded spot is best. You can take you bonsai indoors for display but not longer than for about 3 days.

This is a huge tree growing to 60 feet tall and 60 to 70 feet wide. The dense, rounded canopy and gracefully drooping branches of Weeping Fig made it quite popular as a landscape tree until recently. The thick, shiny, two to five-inch-long, evergreen leaves generously clothe the long branches, and the tiny figs eventually turn a deep red. Branches will weep toward the ground forming a canopy so dense that nothing grows beneath it.
There are over 600 species of Ficus, most of them tropical and evergreen, although some, most notably F. carica, the common fig, are deciduous. Ficus produces a unique "fruit" which is actually an inverted flower. Not all Ficus produce edible fruit.
Ficus is one of the most loved bonsai for many reasons. It is an excellent tree for beginners, as most species of Ficus are fast growers, tolerant of most any soil and light conditions, make fine indoor bonsai, and perhaps most importantly, are remarkably forgiving of those just learning bonsai watering techniques. Most Ficus grow "banyan" roots naturally; this feature is often showcased by styling Ficus in dramatic air-root and root-over-rock styles.

A very small genus of tropical tree which was once referred to (and still often listed as) Carmona. The most widely known Ehretia species is the Fukien tea, a tropical shrub originating in Southern China and other parts of Southeast Asia. It is very popular for bonsai in China, but not a traditional favorite in Japan. It can be grown outdoors in warm climates, but is quite popular as an indoor bonsai. Ehretia anacua, a recent addition to bonsai, is more resistant to heat and draught.

Ligustrum, or Privet are found in many species and cultivars with a diversity of leaf colors, leaf forms and growth habits. All are tolerant of heavy pruning. The white flowers are attractive during late spring and early summer.

Chinese elm is fast growing, deciduous or evergreen depending on its location forms a graceful upright rounded canopy with shiny, dark green leathery leaves. Elm is moderately salt tolerant. Several dwarf varieties, sports of Ulmus parvifolia, exist which grow slower than the ordinary Chinese elm but it produces a much finer network of twigs and branches. It is these sports which are used for bonsai.

You can buy your Bonsai tree quickly and easily at gardens4you, your online garden center. Pa easily and not good money back. Large range of Bonsai trees to choose from directly from the nursery.

On all our Hydrangea shrubs you get standard bloom guarantee, if you are not satisfied you get new plants or your money back. So you can order with peace of mind. We have the best quality bushes.

Also take a look at our other bushes. Such as the very popular rhododendron, butterfly bush budleja and hibiscus.